Difficulty is integral to turn-based role playing games. Gamers generally look to turn-based rpg’s over their active counterparts when they want a more mentally taxing experience. That’s not to say that games with turn-based combat always have to be hardcore masochistic tests of skill, but without enough player engagement, the passiveness of navigating menus becomes mind numbing. This is the predicament Blue Reflection finds itself in. It is one of the most insulting role playing games I have ever had the displeasure of playing. The issue stems from its non-traditional progression system that ties leveling to story progress and optional friendship meters as opposed to experience points gained from battle. This wouldn’t pose an issue were it not for the game’s lack of urgency. Unlike the modern Persona titles, which contain a calendar system, meaning there are only so many social links and activities you can complete in one playthrough, Blue Reflection lacks such a system entirely.

What does this mean for the end-user? Remember when I brought up that leveling is tied to friendships and main story events? Players can bond multiple times with several characters, earning up to a dozen levels or more in a single sitting without engaging in combat or progressing the narrative. 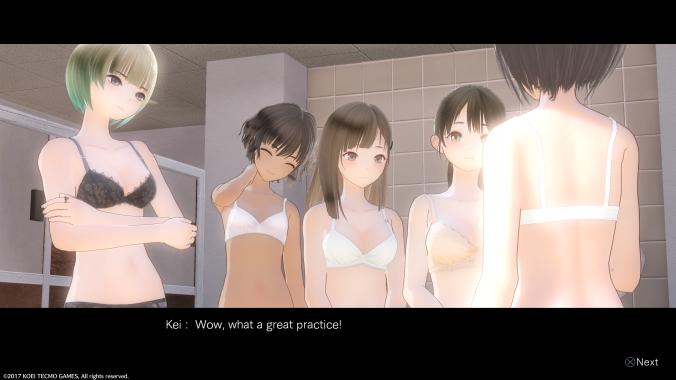 I chose to develop as many bonds as possible around the mid-point of the game, hoping to break up the tedium of dungeon excursions with slice of life style interactions. By the time I returned to the main story path, I was so over-leveled that I plowed through every enemy encounter in a single move even on hard. This game breaking moment was exacerbated by the title’s inherently casual nature. Health and magic is restored completely after each fight, meaning once you have broken the game, spamming the most powerful multi-enemy attacks without the need to conserve any magic points in long drawn-out dungeons is the only strategy moving forward. This devolves what would otherwise be a fairly strategic battle system emphasizing ether management and wait times into a nonsensical spam fest. The issue is further compounded by Blue Reflection‘s lack of consequence. Dying in battle transports the player back to the real world without resorting to a prior save state. 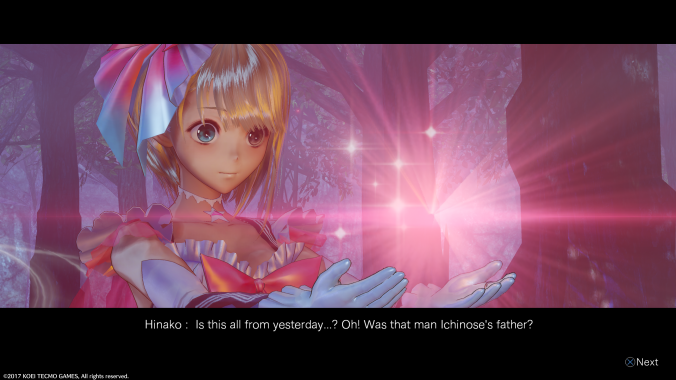 Gust has expressed interest in developing a sequel. Despite my voracious tear-down of Blue Reflection, I won’t condemn a future installment. The writing and hardware optimization could use major retooling, but the core concepts are there. If Gust just re-balances the difficulty in any way they see fit, then we’ll already have a markedly more palatable experience. The question remains, though, whether they are capable of capitalizing on the franchise’s potential.